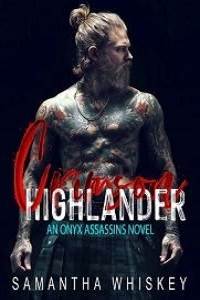 For a human with limited resources, frozen accounts, and an incredibly recognizable face, Valor Moorehouse was a pain in the ass to find. I’d been searching for six fucking months only to come up empty every time.

It wasn’t like she was some master of disguise or could blend into a crowd, either. Fuck no, that woman was a knockout. Long, auburn hair that made me miss the highlands, coupled with pale green eyes the shade of the water just off the Florida coast and that wasn’t where her charms stopped. That body of hers was lithe and toned, with firm, high breasts that made a man’s mouth water, and I wasn’t even going to start on those fucking legs of hers because that would only lead me to her ass, which wasn’t up for discussion, especially since I wasn’t about to pull up to the shittiest motel in Lycan territory sporting a hard-on.

Which is what always happened when I thought too much about the most inconvenient human on the planet. I’d been in a state of semi-arousal that only rivaled my annoyance the last six months. Chasing Valor was sucking the joy right out of my life.

Nothing tasted sweet anymore, not even pussy. Feeding—damn, did I love feeding, had become a chore. Something to accomplish before heading out again for the next dead lead. I couldn’t even remember the last time I’d taken a female of any species to bed.

The never-ending search for Valor had consumed my whole existence.

I killed the engine of my Rover and cursed the clock. June meant longer days and shorter nights. And there was too much shit to get done at night to lose even a minute of it.

“You Lachlan?” a kid in his twenties asked, rolling his shoulders in a way that told me he hadn’t transitioned at a full moon yet. Once lycans hit the change, they stopped acting like badasses and just became them.

“Aye,” I answered. “You called about a witch problem?”

As the second in command to Alek Markov, I wasn’t just the general of his armies or his right-hand man, I was also one of the Onyx Assassins, a member of his elite guard that dispensed justice when Conclave—or Alek—demanded it.

And lately, that had been a lot.

With the Sons of Honor—those traitorous human sons of bitches—running amok, attacking supernaturals in broad moonlight, or daylight for the sun-walkers, doing their best to slay every creature with a drop of supernatural blood, our nights weren’t exactly peaceful anymore. The thing about vermin is they’ll hide while they can, but once they’re out in the open, exposed for the shit they are, it’s all teeth and claws.

“My father is in his office,” the kid nodded toward the blinking neon sign that read vacant. “He’s a friend of Luka’s, you know. They’re tight.”

“Is that so?” I managed not to roll my eyes. If someone was actually close to the Lycan Alpha, Luka, we knew about it. The guy was an asshole, but he made sure to protect what he loved.

“Yeah. They went to school together or something.” The kid nodded as a human hit a button on a nearby vending machine with the side of his hand, dispensing a can of whatever cancer tasted the sweetest. The guy didn’t look our way twice, but most people didn’t.

If humans noticed us, we were fucking up in more ways than one.

The kid twisted the rusted out doorknob and yanked the slab of aluminum across the concrete, the door sending a nails-on-a-chalkboard cringe down my spine.

I stepped back to give the guy some space. Wolves were always going on about that shit, and if it made my job easier, I could go with it. Fine. It wasn’t like my Glocks weren’t locked and loaded right under my arms. I’d even holstered the one with the silver bullet magazine.

Vampires didn’t survive hundreds of years like I had without taking a few precautions.

A muscled guy who stood about six-two, three inches shorter than me, walked out of the office. Clean cut. Classic rock T-shirt. Cargo shorts.

Then again, I was in tactical pants and a black wife-beater, so I wasn’t exactly earning the style points my friend Benedict prided himself on.

I hooked my finger into my strap and pulled on the leather strap until my carved onyx medallion popped free. “Lachlan. You have a witch problem?”

The guy’s entire face darkened as he nodded. “This way.” He ordered his kid to man the desk, then led me up the rickety, external stairs of the motel to the second floor. The first door we passed was quiet. The second blared loud rap music that I could appreciate. The third—

I paused at the door frame, putting my hand on the thick red paint that covered the heavy wooden door. My heart’s cadence changed, and my stomach turned, not in nausea, but…anticipation? And that scent…