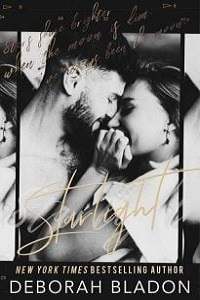 “Hey, blondie. I’ll give you a hundred bucks if you give me a private show.”

Men in this city are failing – big time.

I ignore whoever yelled that at me because I’m on a subway platform in midtown Manhattan with my guitar in my hands and its case on the ground.

I’m busking. It’s the same thing I do at least three times a week when the morning commuters rush through here with a cup of coffee in one hand and their phones pressed to their ears.

On a good day, I’ll make someone smile, and I’ll leave with a few extra dollars. On a bad day, I’ll be subjected to a man in an overpriced suit yelling obscenities at me.

Sometimes I’ll yell back because I know that a jerk like that will do the same thing to another woman trying to share her talent with people who need a little pick-me-up.

I skim my fingers over the strings of my well-loved guitar. I’ve had it for almost seven years. It was a gift on the day I graduated from high school.

I had visions of a record deal and a world tour. My dad and step-mom had a plan that included tuition at a community college back in Ohio. I stuck to their plan until I had a business diploma in my hand. That’s when I boarded a bus with the few possessions I had and came to Manhattan.

I start strumming as another train pulls into the station.

The people on their way out of here are a little more generous than those waiting to board the subway.

Maybe that’s because they’re grateful they made it to their destination without losing their temper or their belongings.

Glancing at the people stepping off the train and onto the platform, I recognize a few familiar faces.

A woman with dark hair and gray eyes strolls past as she drops a dollar in my guitar case.

She’s apologized in the past that she can’t give more, but I’ve always told her what I tell everyone who holds guilt in their eyes at the size of their offering.

I don’t busk to make a living. I have another way to earn the money I need to live in this expensive city. I busk because it feeds my soul.

Whenever I picked up my guitar and sang one of my original songs back in Ohio, the people who listened didn’t hear anything beyond a pretty melody and lyrics.

They couldn’t recognize that I spun each chord and word from my heart.

People who step onto this subway platform hear what I want them to hear. That’s a woman who lives and breathes her life in song.

I smile at the sound of that voice. Lester, a doorman who works at a building on Madison Avenue, stops in front of me.

I launch into a soft sung version of Happy Birthday.

Lester sways as I croon his name. I smile when a few people nearby join in as the song nears its end.

Lester claps in delight as I strum the last note on my guitar.

“That’s the best gift I’ve gotten in years, Astrid.” He grabs the brim of the hat on his head to tip it forward. “I’ll never forget this.”

I kiss him softly on the cheek. “Happy Birthday, Lester.”

He moves on, disappearing into the crowds of people all racing to get somewhere.

I turn back to my guitar case when I hear the unmistakable sound of coins dropping into it.

I’m met with a gorgeous smile and beautiful blue eyes.

My gaze trails over the man’s face. He’s handsome. The dark brown hair on his head is messed from the wind whipping outside.

The collar of the black wool coat he’s wearing is upturned.

“Have a good day,” he says in a voice that catches me off guard.

It’s deep and warm. The tone is comforting and kind.

With a nod of his chin, he takes off, following Lester and all the other commuters into the streets of Manhattan.

I watch him walk away, wishing I knew his name and wondering if I’ll ever see him again.

“You’re back!” My cousin, Eloise, grins as soon as she spots me come through the doorway.

“I brought coffee,” I say with a smile. “It’s brisk out there today.”

She nods as she looks through a stack of records on the checkout counter. “I’m putting together an order that I’ll ship out this afternoon.”

Eloise has been working for me part-time since I inherited this record store from my mom.

The only other employee I had was her brother, Draco, but he quit three months ago to work at their dad’s carpenter business in Buffalo. Since Eloise is a student at the Fashion Institute of Technology, she can’t help out as much as I’d like her to. Hiring another employee is on my to-do list, along with seventy-five other things I never seem to get around to.