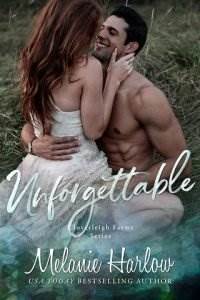 Once upon a time, I might have been the hero of this story.

After all, I had everything a hero needs.

(And believe me, I knew how to score.)

I even had a nickname—they called me “The Rifle” because I pitched with such relentless speed and accuracy. Back then, I could dot a gnat’s ass from two hundred feet away. From sixty feet, six inches, I could break the webbing on the catcher’s mitt—and I did. Plenty of times.

At my high school, I held the record for strikeouts and home runs. They retired my number and hung my jersey in the gym. My coach said I was a once-in-a-generation player. My senior year, I was San Diego’s first-round draft pick with a fucking two-million-dollar signing bonus.

Did you catch that?

That night, I signed autographs for kids in Little League uniforms at the ice cream shop on Main Street—then I paid for all their double scoops. Three months later, I was in Arizona for Instructional League. A few months after that, I was in spring training. And before I could even legally buy myself a beer, I made my Major League debut.

I had a locker in the clubhouse. A uniform on the hook. My entire future ahead of me . . . a future I wanted, a future I’d earned, a future—I was convinced—I deserved.

Point is, I was fucking invincible.

Until one day I wasn’t.

FORMER LITTLE LEAGUE COACH: Sure, I was watching that game. Who wasn’t? It’s not every day a hometown kid plays in the World Series. I just wish I knew what happened. One minute, he can throw a baseball; the next, he can’t. I mean, what the hell?

HIGH SCHOOL TEAMMATE: It was the curveball. He hung onto it too long. Or maybe he rushed it. But he was done after that. I mean, six wild pitches in one inning? In the World Series? Damn. You gotta feel bad for him. Poor bastard.

CHEMISTRY TEACHER: He lacked discipline. That was his problem.

LOCAL BARBER: You’d think with all the millions they paid him he could just throw straight. I mean, why couldn’t he just throw strikes like he used to? I ever see him around these parts again, I’m gonna ask him.

CLIENT CURRENTLY IN BARBER’S CHAIR: I bet his underwear was too tight. That always makes me anxious.

RANDOM GUY AT THE CORNER BAR: I saw him pitch his senior year. He struck out the first nineteen batters in a row. Nineteen! [Bleep] unbelievable. Sad what happened to him, with millions of people watching too. I heard he’s some kinda recluse now. Lives alone, won’t talk to nobody.

RANDOM GUY AT THE CORNER BAR ONE SEAT DOWN: I dunno, maybe he can make a comeback or something. Do some hypnosis. See a shrink.

RANDOM GUY AT THE CORNER BAR TWO SEATS DOWN: Nah, a shrink can’t help him. And no team will touch him. The yips are a death sentence, and everyone knows it. That guy’s finished in baseball. He’s a cautionary tale.

Of course that fucking documentary was on in the airport bar. No matter where I went, I couldn’t escape it.

Changing my mind about a post-flight beer, I pulled my ball cap lower on my forehead and kept my head down as I moved through Cherry Capital Airport. Chances were that nobody was going to recognize me—I hadn’t been back to my small northern Michigan hometown in years—but I didn’t want to risk it.

There was a time in my life when I’d loved being recognized. I’d lived for it. People would stare, and I didn’t mind one bit. They asked for selfies, and I obliged with my signature cocky grin. They asked for autographs, and I happily signed whatever napkin, hat, or ticket stub they handed me. They’d raise a glass to me across a crowded bar.

“Congrats on Rookie of the Year!”

“Fuck, you can throw the ball.”

I rode that high for a goddamn decade, completely addicted to the rush.

Man, it was some life. I had millions of dollars in the bank. I had women trying to sneak into my hotel room in every city in the country. I drove a car that cost more than the house I grew up in—which I paid off for my dad, who refused to move to something bigger. I put my sister through college.

But three years ago, I blew it. I didn’t even have the dignity of a torn rotator cuff or fucked-up elbow to blame—just the faulty wiring in my own head.