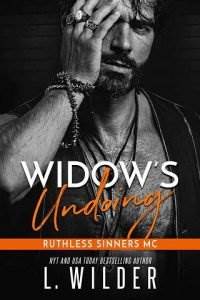 I grew up in Monterey, a small town just east of Cookeville, Tennessee. With a population of about three thousand, there wasn’t much to the place. There was no mall, no bowling alleys, not even a Sonic. But we had the Little General with the best fried chicken in the state and Mario’s, a small Italian joint that made my mouth water every time I drove by. Our town might’ve been small, but every Fourth of July, it seemed to be the biggest place on earth. All our family and friends would meet up at my Uncle Jamie’s for the barbeque of all barbeques with enough food and drinks for an army. The kids would run wild while the parents sat around the grill and threw back a few beers. The Fourth had always been my favorite holiday. I could pretend I was just like every other kid, that I didn’t live in a secret world of hell, but that all changed the summer of ’93.

My mother had one of her migraines, or at least, that’s what she told everyone when she decided to skip the day’s festivities. She wasn’t one for big crowds, so none of us were surprised that she wanted to stay home. Dad was eager to get over to Uncle Jamie’s, so he didn’t complain. Instead, he just ordered my younger brother Madden and I to get in the truck, and we headed over to join the others. As soon as we arrived, we went to join our neighborhood friends and cousins. We rode our bikes down to Manis pond, fished and caught crawdaddies, then came back to the house and cooled off under the sprinkler. As soon as we got dried off, we grabbed a handful of bottle rockets and were shooting at the black birds when my Uncle Jamie peeked his head over the fence and shouted, “Hey, you crazy hood-rats! It’s time to get down to the park!”

The firework show at Critchfield Park was always a big deal for the folks in Monterey. Everyone in town would gather around with their lawn chairs and coolers, and for a brief moment, all our worries were forgotten. We could all just sit back, shoot the shit, and enjoy the show. Eager to get there and find a good spot, all the kids rushed over and started helping to gather our things. That’s when everything went south.

I was busy helping my best friend Marcus load some folding chairs into the back of his dad’s truck when my father called out to me, “Hey Ro’, where’d ya put my keys?”

“What are you talking about? You had them in your hand an hour ago!”

At six-three and three hundred and twenty pounds, my father wasn’t a small man. He towered over me along with most of the people in my family. That was enough to make him intimidating, but it was his ferocious temper that made him scary as hell. The man was a legend in our town, known for whooping half the football team when he was in high school. Those rumors continued when he started getting into brawls down at the local bar. I didn’t have to listen to the rumors to know about his short fuse and the havoc he could bring when he lost control. I lived with him. I knew exactly how terrifying he could be. His cold, black eyes narrowed as I answered, “Yeah, but I gave them back to you.”

He didn’t like my answer. In fact, it was enough to cause his back to stiffen and his chest heave with fury. “If you gave them back to me, I wouldn’t be standing here asking you where the fuck they were!”

“You were sitting with Uncle Jamie when I handed them to you.”

“That’s fucking bullshit, and you know it.” My heart started to pound, and my palms were all sweaty. “You been running around doing God knows what. There’s no telling where my fucking keys ended up!”

My shoulders drew up as I muttered, “You sure they aren’t in your pocket?”

“No! They aren’t in my goddamn pocket ‘cause I gave them to you! You think I’m stupid or something?” He threw his hands up in frustration. His face was growing redder by the minute, and that vein in his neck was now pulsing. I knew what that meant. He was spiraling into a fit of rage, and there was nothing I could do to stop it. “And now you’ve gone and lost them! Stupid, worthless motherfucker!”

By now, everyone at the cookout was staring at us, but no one said a word. They all just stood there, watching silently as I muttered, “I promise I didn’t lose them, Dad. I gave them back to you. I swear it.”