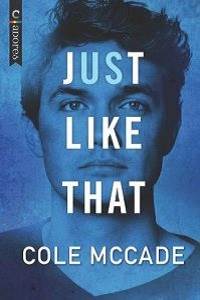 Albin Academy was on fire.

Summer Hemlock saw the plume of smoke before he saw the school itself—just a thick coil of black puffing up into the cloud-locked sky, spiraling above the forest of thin, wispy paper birches that segregated Albin from the rest of the town. He ground his rental car to a halt at the foot of the hill and clambered out, staring up the winding lane...then over his shoulder, at the clustered handful of shingle-roofed houses and stores that barely qualified as a town.

No sign of alarm from the Omen police department. No fire trucks lighting up and screaming out into the streets.

With a groan, Summer thunked his forehead against the top of the Acura’s door.

Business as usual at the boarding school, then.

He guessed seven years away hadn’t changed a thing.

He climbed back into the Acura and sent it coasting forward once more, struggling with the gear shift on the steep hill and the narrow lane that crawled its way up the slope. Thin fingers of branches kissed their tips across the road to create a tunneled archway, a throat that spilled him from the lane and into the academy’s front courtyard.

He remembered, as a boy, walking up this lane every morning as the only local who attended the academy, the thick layer of mist that seemed a staple of Massachusetts mornings coming up to his shoulders, making his uniform cling to him damply. He’d always been a little scared, on those walks. Something about the fog, the thin black trees, the silence of it, where he could hear his own lonely footsteps on the pavement and imagine them echoed back by some strange ghost in the woods.

Maybe the ghost of Isabella of the Lake, the drowned girl who haunted the rowing pond behind the school.

Or maybe just his imagination, chasing him with all the fears he hadn’t been able to face.

At the moment, though, he was driven less by fear and more by resigned curiosity as he forced the Acura to make the steep ascent. By the time he pulled into the courtyard, the plume of smoke had turned into a brooding cloud hovering over the school, wreathing its pointed spires in ominous black. Most if it seemed to be coming from one upstairs window in the front west tower, the pane pulled up to let the smoke escape.

The entire courtyard was crowded with teenage boys, all of them lounging about in loosely knotted groups. They wore ennui like cologne, draping it around them as casually as their expensively tailored uniforms—and utterly uninterested in both the burning school, and the harried-looking teachers trying to shepherd them away from it.

Maybe Summer was a little weird.

Because the chaos of it was a familiar, bittersweet ache of homecoming, and it made him smile.

He stole an empty parking slot, cut the engine, and slipped out to weave through the crowd, holding his breath against the stink of chemical fumes on the biting early spring air. As he pulled the front door open, a severe-looking man in a navy blue suit—someone new, Summer thought, no one he recognized—reached for his arm.

Without even thinking, Summer stepped back out of pure instinctive habit, pulling out of arm’s reach and edging past the man.

Until he was forced to stop, as the man stepped in front of him, blocking the door.

“Excuse me, sir.” The man looked at him coldly through half-rim glasses. “Visitors are not allowed at the moment. In case you can’t see, we’re in the middle of an emergency.”

Summer smiled, not quite meeting the man’s eyes. It made him uncomfortable, always, this feeling like people were crawling inside his skin with a single stare—but most never noticed that he was looking right over their shoulders, instead. “It’s okay,” he said. “I work here. And I’m used to Dr. Liu’s explosions. I’m just gonna grab a fire extinguisher and help.”

The man just blinked at him, cocking his head with a quizzical frown.

So Summer stole his opportunity and slipped inside, just barely managing to squeeze past the suit-clad man without touching.

He barely had a moment to register the disorienting feeling of familiarity—as if he’d traveled back in time, back to that rawboned thin pale boy he’d been, walking into the eerily quiet, high-ceilinged entry chamber of dark paneled wood and tall windows with his shoulders hunched and head bowed—before he vaulted up one side of the double stairway, taking the steps two at a time, and dashed for the northwest wing. The smell of bitterly acidic smoke led him on, beckoning him through vaulted corridors where the air grew thicker and thicker, until the murk fogged everything gray and stung his eyes.

Coughing, he pulled the collar of his button-down up over his mouth, breathing through the cloth and squinting. Just up ahead, he could barely make out a few shapes moving in the hallway—but a familiar voice rang down the hall, low and dry and authoritative, this thing of velvet and grit and cool autumn nights.